The Flora of Thailand Project has been documenting the diversity of vascular plants in Thailand since 1963 and is producing a large volume of taxonomic knowledge that greatly facilitates other research in plant sciences in Thailand. The project has assigned the tasks of taxonomic treatments of all Thai plants, including ferns, lycophytes, and seed plants. To no one’s surprise, the Flora of Thailand had no plan to include bryophytes, and that has to be changed.

Much like the rest of land plants, bryophytes have been documented along with the first official survey of Thai Flora in “Flora of Koh Chang”  between 1899 and 1900 when Danish botanist Johannes Schmidt collected numerous bryophytes in the Koh Chang Island (Brotherus 1901; Stephani 1902). During this time, several European botanists contributed to the floristic checklist of Thai Bryophytes. Carl Hosseus, a German botanist, collected bryophytes in northern and northwestern Thailand between 1904 and 1905 (Brotherus 1911; Stephani 1911). Arthur Francis George Kerr, an Irish doctor and botanist, also collected a large number of specimens of bryophytes throughout the country (Larsen 1979). Dixon (1924, 1926, 1929, 1932, 1935) reported about 300 species of mosses from Thailand. During this time, very little was reported on liverworts with exceptions of Staphani (1911) and Giesy and Richards (1959).

From the late 1950s to the early 1970s, numerous joint botanical expeditions were undertaken by western and Japanese botanists with Thai counterparts. Several Thai-Danish expeditions were carried out between 1958 and 1970 (Larsen 1979). Some of their collections of mosses were studied by Hansen (1961) and Noguchi (1972). The remaining unidentified moss collections (ca. 7,000 specimens) were recently studied at the Missouri Botanical Garden (MO) and become a primary source for compiling the present checklist of mosses by Si He.

The first Thai bryologist was Obchant Thaithong. She collaborated with Sinske Hattori and Naofumi Kitagawa (Japan) in the identification of the liverwort specimens collected in Thailand during 1957-1977 through botanical expeditions with Kyoto University, Rijks herbarium, Leiden, and Aarhus University (Hattori et al. 1977). In the past thirty years, most of the work done by Thai bryologists have focused on the bryophytes of particular areas within the country (Sukkharak and Chantanaorrapint 2014). A few checklists of the species list have been produced (Sornsamran and Thaitong 1995, Lai et al. 2018), but the actual taxonomic treatments remained scattered from isolated efforts of individual botanists.

The situation is changing. In 2012, several young Thai bryologists met at the 6th Botanical Conference of Thailand at Prince of Songkla University. An informal Facebook group was created as a way to communicate among a handful of current bryologists in Thailand. In 2017, a slightly larger group of bryologists met again during the 17th Flora of Thailand Conference and here was the beginning of the formalized effort to publish taxonomic treatments of bryophytes in Thailand. Later in 2017, we submitted the proposal to the Editorial Board of Flora of Thailand to include bryophytes in the project, and the Board approved the idea of “Flora of Thailand Series - Bryophytes”. The Board has since then invited Chris Cargill and Si He to serve as editorial board members for bryophytes. 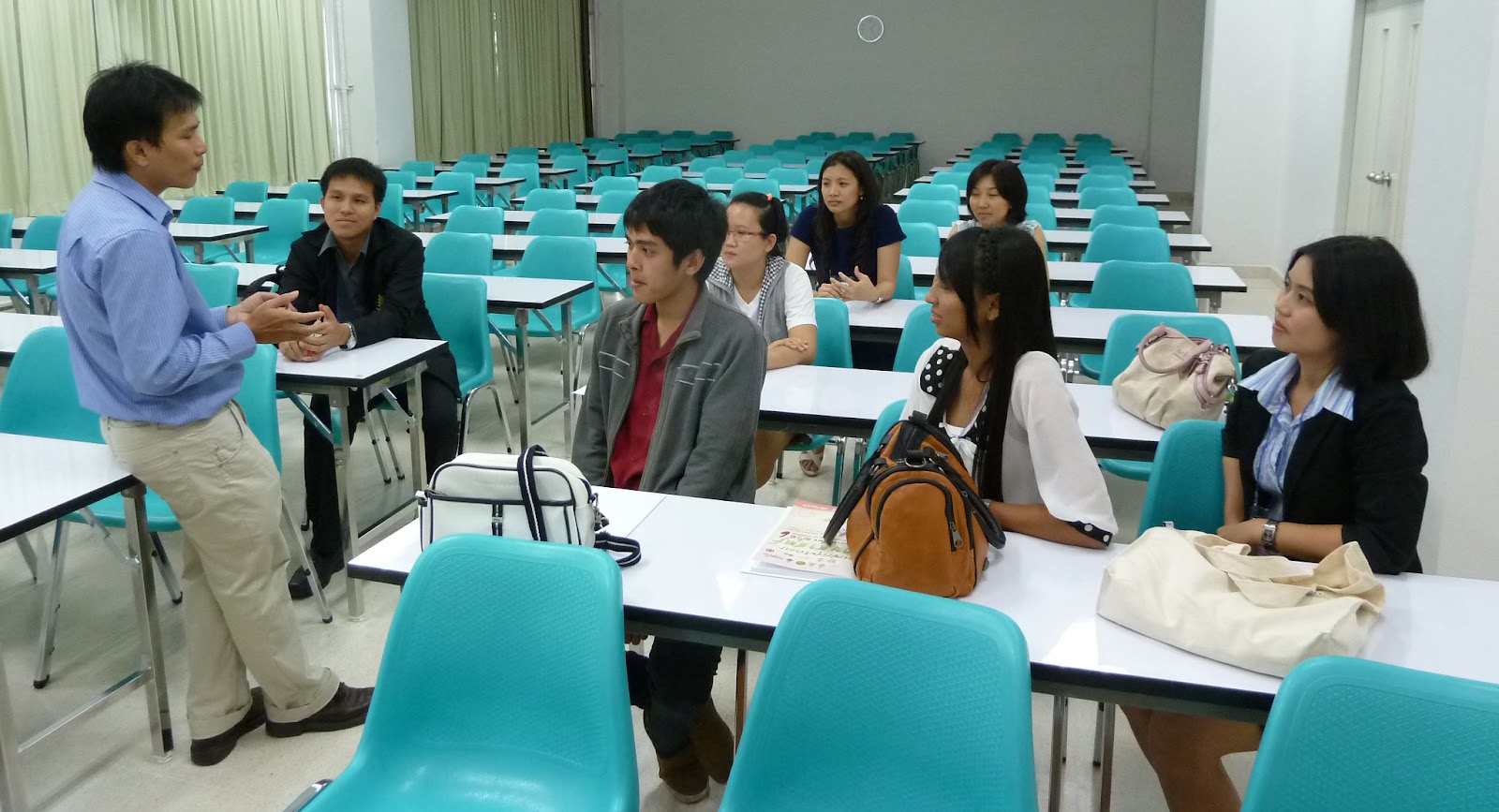 Our first meeting of Thai bryologists at the 6th Botanical Conference of Thailand in 2012
(Photo Credit: Phiangphak Sukkharak) 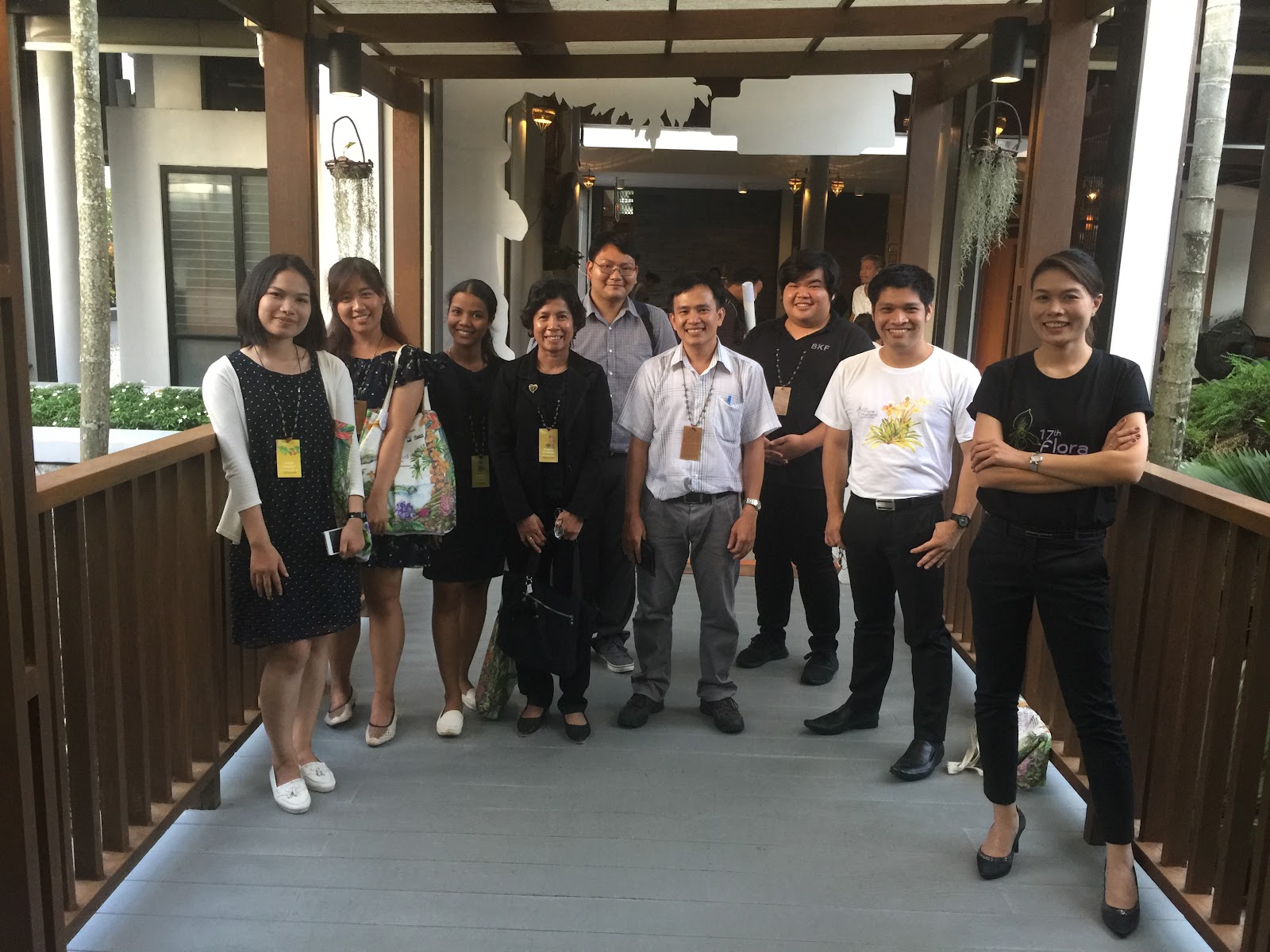 Our core group members include Sahut Chantanaorrapint (Prince of Songkla University), Phiangphak Sukkharak (Burapha University), and Ekaphan Kraichak (Kasetsart University). We have been working together to coordinate the efforts on taxonomic revisions of Thai bryophytes by compiling a list of taxa to be treated and assigning them to respective experts of the group within the country. By participating in the Flora of Thailand through publications and training of younger generations of botanists, we are hoping to accelerate the taxonomic treatments of Thai bryophytes, as well as to increase awareness of this understudied, yet important group of plants. 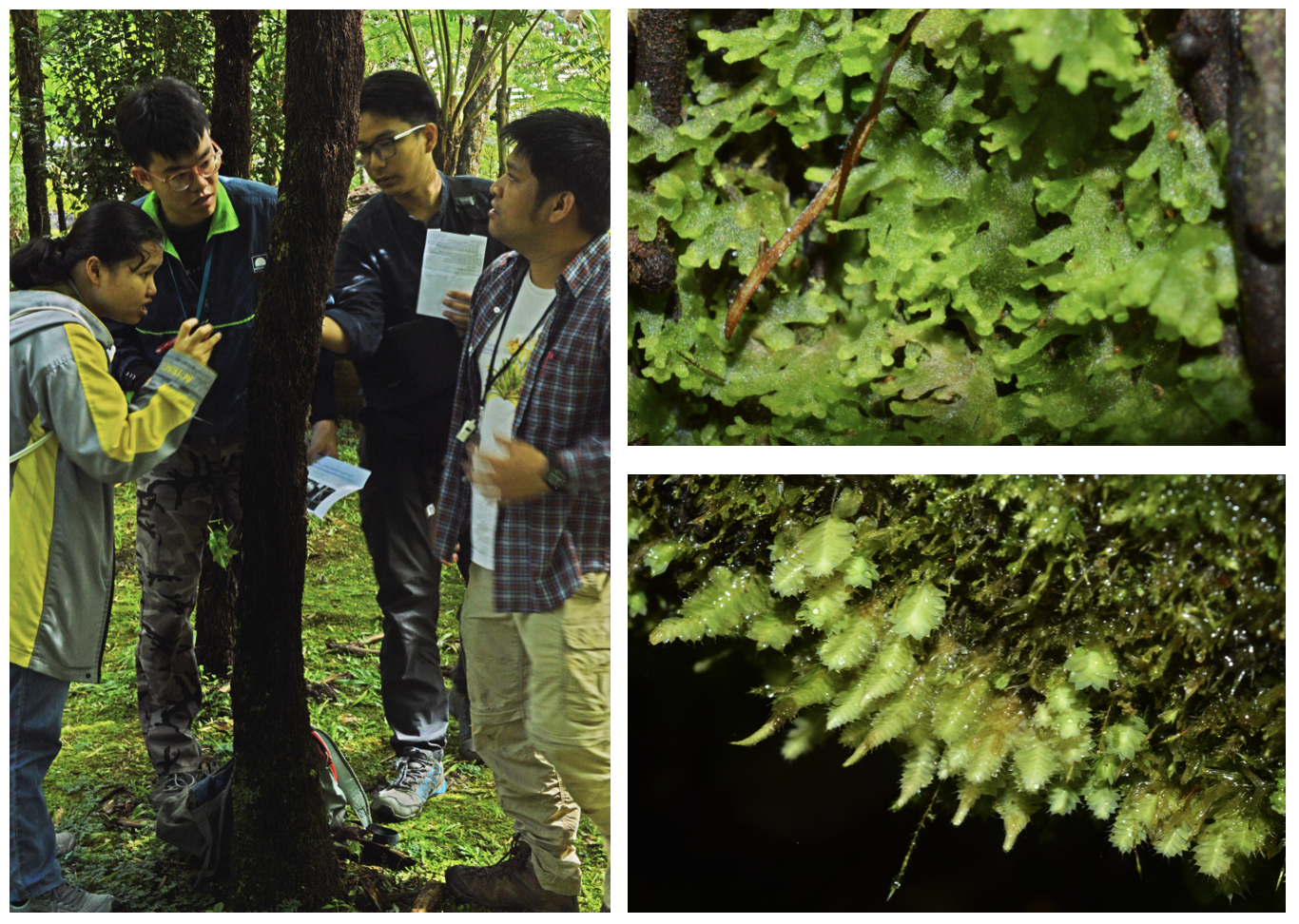 Originally, we have planned 8 volumes of the flora to accommodate about 870 species of mosses, 512 species of liverworts, and 24 species of hornworts in the printed book format. However, the finance of printing this large collection of work becomes difficult, as we are currently unable to secure the grants to produce the volume. We have instead refocused our effort on publishing our assigned treatments in various botanical journals. These works will be compiled into the planned printed volume when the funding is available. In the meanwhile, we are working to maintain our network through training of young bryologists and have students and other interested researchers participate in the group of their interests.

The progress of completing Bryophyte Flora of Thailand might be slow, but we are hopeful that this is a step into the right direction of making bryophytes as a part of the botanical landscape in Thailand and elsewhere. If you are interested in contributing to our Bryophyte Flora of Thailand project, please feel free to contact us. We cannot certainly complete this herculean task without helps from the international bryological community, but we will keep doing what we can to make bryology alive and well in Thailand.

Posted on line by Bier Ekaphan Kraichak
Email ThisBlogThis!Share to TwitterShare to FacebookShare to Pinterest